Easterseals introduces Walk With Me Delmarva ambassador
LONG NECK — When Litenia “Tina” Knight of Rehoboth Beach — recently announced as Easterseals’ Walk With Me Delmarva ambassador — had a heart attack, it rocked the whole family. Ms. Knight was a very outgoing and social person, who was active in the community. After she spent 13 minutes without oxygen, she woke up, and it was discovered she had a brain injury and low vision.

Delaware doctor discusses link between ‘brain fog' and smell to COVID
The Alzheimer’s Association International Conference, held July 31 to Aug. 4 in San Diego, offered some new insights into COVID-19’s impact on memory and thinking skills. The …

Report touts significance of lower emissions on Delawareans' health
A transition to clean, zero-emission vehicles would have a dramatic impact on the air quality and health of Delaware residents, according to a report by the American Lung Association released Wednesday.

Maryland's Best Seafood offers free marketing support for commercial fishermen
ANNAPOLIS — The Maryland Department of Natural Resources, with the support of the University of Maryland Eastern Shore, announces a new initiative to provide marketing support to the …

Community solar takes step in Delaware, as PSC finalizes regulations
The state has lowered hurdles to entice participation in solar.

Wicomico could be headed toward banning farm slurry tanks
Wicomico County Council members have agreed to move forward with a proposed ban on Dissolved Air Flotation storage tanks, as decided in a legislative session this month.  At the session on …

Guest Commentary: The right language can change the future
The 14-year-old girl fumes at the dinner table. She got a D in math on her report card and notice of that was sent directly to her mother’s phone. The mother naturally shared that with her partner, and he laid down new rules restricting the girl’s use of her phone until her grades improved.

Letter to the Editor: State rep deserves praise for work for leased-land tenants
Reporter Joe Edelen’s recent story— on the closing of the Timberlane leased-land community of low-income homeowners, which is to be replaced with a more profitable housing venture — …

Speak Up: Funding debate for Georgetown Historical Society continues
Sussex County Councilman Mark Schaeffer says he is offended by the Confederate flag flying on the grounds of the Nutter D. Marvel Carriage Museum. Therefore, he plans to ask county leaders to have …
Sports DSU's Guthrie making a name for himself

DOVER — Esaias Guthrie didn’t think he was going anywhere when he caught the football. Not at first. “It was kind of crazy … The Delmar Little League girls team received a heroes’ welcome on Tuesday when they received a police escort into town. The team … CAMBRIDGE – The Dorchester 8-10 State Champion All-Stars finished their season last week – in Connecticut. The boys and … Cambridge mayor hopefuls share views at forum
CAMBRIDGE - In advance of the Aug. 23 special mayoral election, five of six declared candidates discussed the city's promise and problems Tuesday, Aug. 9. The forum was held from 6 to 8:30 p.m. at …

Judge: Prosecutor Mosby violated gag order with online post
BALTIMORE (AP) — A judge held Baltimore’s top prosecutor in contempt of court on Friday, finding that she willfully violated a gag order with an Instagram comment about a high-profile murder case …

Scenes From Bay to Bay

Linda Gosser of Clayton took this photo of a great blue heron at Bombay Hook National Wildlife Refuge on June 13.

Gary Knox of Dover took this photo in the garden at Woodburn in Dover June 20.

Dave Tally of Camden took this photo May 22 on the St. Jones River near Dover Air Force Base.

Gas-powered muscle cars drive into the sunset, turn electric
PONTIAC, Mich. (AP) — Thundering gas-powered muscle cars, for decades a fixture of American culture, will be closing in on their final Saturday-night cruises in the coming years as automakers begin …
Trump Org. CFO to plead guilty, testify against company
NEW YORK (AP) — Donald Trump’s chief financial officer is expected to plead guilty to tax violations Thursday in a deal that would require him to testify about illicit business practices at the …

Giant sharks once roamed the seas, feasting on huge meals
NEW YORK (AP) — Today's sharks have nothing on their ancient cousins. A giant shark that roamed the oceans millions of years ago could have devoured a creature the size of a killer whale in just …
Wisconsin school board votes in favor of pride flag ban
WALES, Wis. (AP) — A Wisconsin school board voted in favor of a policy that prohibits teachers and staff from displaying gay pride flags and other items that district officials consider political …

Climate Migration: Flooding forces Bangladesh family to flee
BHOLA, Bangladesh (AP) — When the Mehgna River swallowed Mohammad Jewel and Arzu Begum's tin-roofed family home overnight in southern Bangladesh just over a year ago they had no choice but to leave …

WHO chief: Lack of help for Tigray crisis due to skin color
NAIROBI, Kenya (AP) — The head of the World Health Organization described the persistent crisis in Ethiopia’s Tigray region as “the worst disaster on Earth” and wondered aloud Wednesday if …

Missing India soldier's body found on glacier after 38 years
LEH, India (AP) — The remains of an Indian army soldier have been found more than 38 years after he went missing on a glacier at the highest point along the heavily militarized contested border …

After fire, Dover Target could reopen in two weeks
DOVER — The Target store that has been closed since an alleged arson July 10 should be opening by the end of August, a company spokesperson said Monday.

Hollywood homecoming: Iconic Dover diner reopens under new owners
DOVER — Most people with roots in the capital city have a memory or two about the Hollywood Diner, an iconic eatery that first opened in the early 1950s. However, the restaurant, with its bright chrome and red siding right in the heart of the U.S. 13 corridor, has been quiet and void of memories for three years.

Ice-cream dream: State’s only Häagen-Dazs opens in Middletown
MIDDLETOWN — Delaware’s lone Häagen-Dazs store has dished out ice cream for just more than two months now. But on Saturday, the store was especially busy. Customers swirled in during its official grand opening, complete with a ribbon-cutting, Chamber of Commerce support and free ice cream for the first 500 guests.

Stars of Somerset 2022 celebrates the best of the county
Tempered by a welcome summer breeze, the annual celebration honored the people, businesses, and organizations Somerset County loves.
Things to Do The Wicomico County Fair returns this year to offer residents a taste of rural life on Maryland’s lower Eastern Shore, but the … MILFORD  - The Milford Museum's Hippiefest is set for Saturday from 4 to 9 p.m. on the lawn of the Causey Mansion. Hippiefest … The annual AIDS Walk Delaware will take place Sept. 17, with walkers stepping off at 10 a.m. 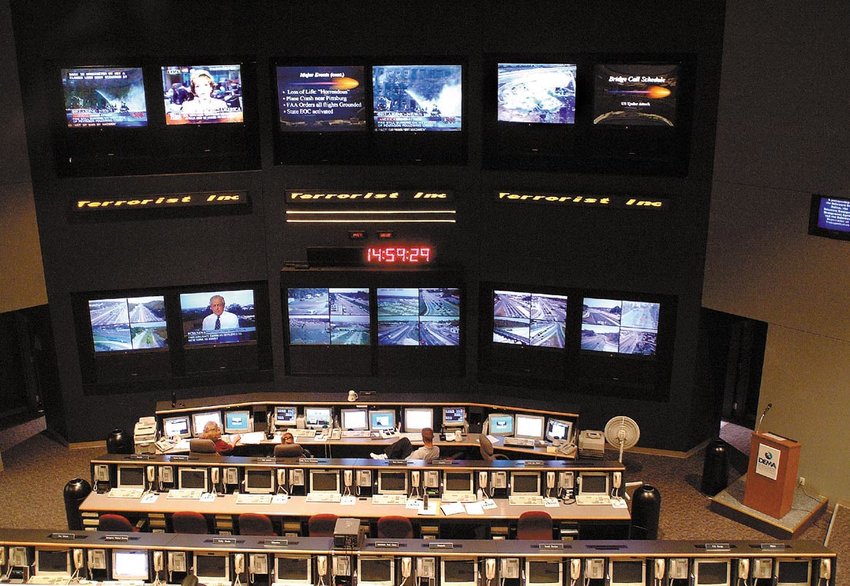