DOVER — As Delaware’s COVID-19 statistics have dipped in a post-omicron surge world, so has the public’s interest in the virus. 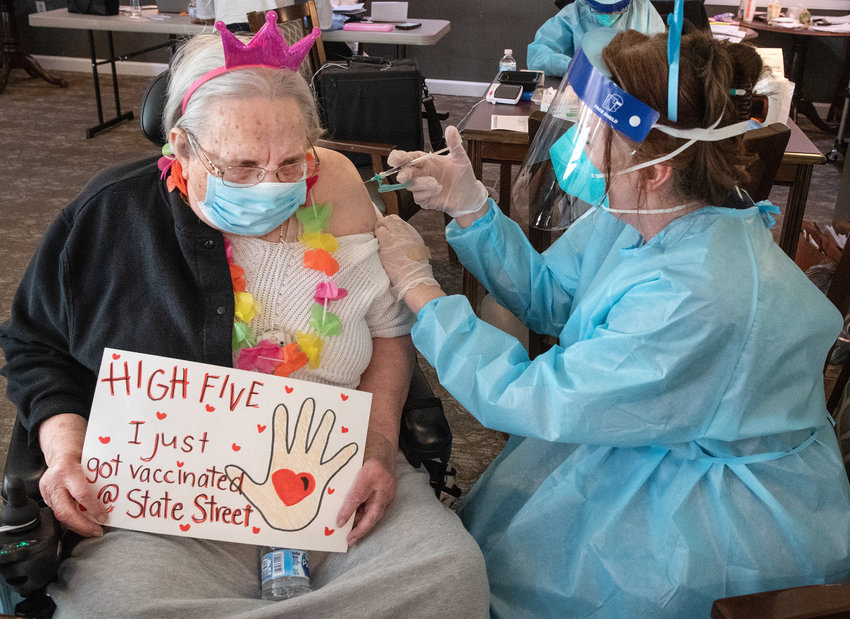 *DPH recently identified 1,452 cases as non-Delaware residents or persons who were subsequently determined to not have a positive COVID test and removed those cases from the historical counts.

**Twelve of the 13 deaths were due to a review of vital statistics records from February and March.

DOVER — As Delaware’s COVID-19 statistics have dipped in a post-omicron surge world, so has the public’s interest in the virus.

Web traffic to the state’s COVID-19 website was at a record low in March. The Delaware Division of Public Health then decided in late March to begin releasing its detailed COVID-19 updates monthly instead of weekly.

This also comes as DPH has closed its four standing vaccine sites due to declining demand.

DPH’s COVID-19 website saw 120,364 visits this March which is the fewest since the website was set up in March 2020, according to information provided by DPH. During the omicron surge, the site had 612,530 hits in January before seeing a decline of 71% into February with 176,928 visits.

The state identified 1,452 cases as “non-Delaware residents or persons who were subsequently determined to not have a positive COVID test,” and removed them from the historical counts. Delaware has recorded 259,118 cases since the first case was reported on March 11, 2020.

DPH also announced 13 new COVID-19-related deaths on Saturday, bringing the state’s total to 2,884. Twelve of those 13 deaths were found during a review of vital statistics records from February and March.

DPH’s next COVID-19 monthly update will come on Friday, April 22. The agency previous provided weekly updates each Friday on the vaccination/booster status of new cases, hospitalizations and deaths, long-term care statistics and other COVID-19-related news for that week. DPH said the change to monthly updates is due to the declining number of cases and will issue releases prior to April 22 with any important situational updates if necessary.

DPH also chose to shift COVID-19 vaccine administration activities to its clinics. The state’s four standing vaccine sites at the Blue Hen Corporate Center in Dover, Georgetown Plaza, University Plaza in Newark and Canby Park in Wilmington closed on March 31, These locations originally opened in 2021 to accommodate the large demand for vaccines at the time.

COVID-19 testing at those four sites, operated by Curative, has also moved to other locations. A list of testing sites is available at de.gov/gettested, while vaccination locations are listed at de.gov/getmyvaccine.

While cases of the virus are nowhere near the record-high levels from January, COVID-19 has made a small resurgence at the end of last week. New cases have been over the 100-mark each of the last three days.

DPH reported 167 new cases in Wednesday’s data which is the highest one-day total since Feb. 19.

The country is seeing a slight uptick in COVID-19 spread due to the BA.2 variant, a subversion of the omicron variant. BA.2 accounts for as much as 70% of U.S. infections, according to an estimate from a genomics company, DPH said and has also caused recent surges in Europe, South Korea and China.

A second booster dose of the COVID-19 vaccine was approved in late March by the U.S. Centers for Disease Control and Prevention for those 50 years old and older with at least four months since their first booster.

DPH officials said those eligible for a second should consult with their doctor to see if it’s recommended for them at this time. Those most likely to benefit from a second booster at this time, according to DPH, are those 65 years old and older, as well as those 50 and older with underlying medical conditions that increase their risk for severe disease from COVID-19.

The CDC also released a study in March showing that receiving two or three doses of a mRNA COVID-19 vaccine (Pfizer or Moderna) was associated with a 90% reduction in risk of needing to be placed on a ventilator or dying. During the omicron surge, the risk for those who received a booster dose was reduced to 94%, according to the CDC’s study.

Unvaccinated persons are 12 times more likely to be hospitalized than those who are boosted, the study said.